What’s Happening With Salaries And Wages In The US

With the unemployment rate down to 4.1% in October 2017, how does this affect salaries and wages? How much is the average weekly salary for the US workers? 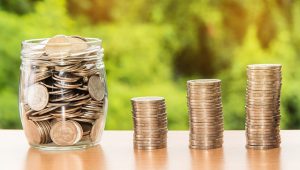 The unemployment rate is at the lowest level in more than a decade. But in some cases, the demand for workers is not driving up pay accordingly. The answer is quite complicated. In some cases, jobs are locally based and not everyone can find a job that wants to work. On top of that, small-business owners are waiting to see if Congress passes the new tax reform or makes changes in health care.

Wage growth is considered modest by the Board of Governors of the Federal Reserve System in their July 2017 Monetary Policy Report. It was “possibly held down by the weak pace of productivity growth in recent years,” staying just ahead of inflation.

In general, medical professionals earn eight of the top 20 highest-paying jobs, with some orthopedic surgeons earning $450,000. On the down side, these jobs require extensive training and schooling. But there are plenty of alternatives to being a doctor and earning a good salary. For example, according to the LinkedIn’s State of Salary Report 2017, STEM (science, technology, engineering, and math) accounts for nearly half of the highest paid fields, computer science in particular. Glassdoor’s top 25 highest paying jobs are here. Additionally, company size or location plays a role in how much can be earned. Some areas are well above national average, such as San Francisco, Seattle, New York, and Washington D.C.

Wages and Salaries In Third Quarter of 2017

The Bureau of Labor Statistics has released the report about weekly earnings of wage and salary workers in the third quarter of 2017. The wages and salaries of 114.9 million full-time workers in the US are 3.9% higher than a year earlier. Their median weekly earnings were $859. However, their earnings may differ based on gender, race, ethnicity, education, occupation, or age.

Because of gender disparities, women earn 81.9% of the $937 median salary for men. This ratio further changes if  race and ethnicity are taken into consideration. Black women earn 88.4%, Asian women 78.6%, and Hispanic women 85.5% when compared with men. When comparing men and women together based on race and ethnicity, “median earnings of Hispanics who worked full time ($655) were lower than those of Blacks ($696), Whites ($887), and Asians ($1,010)”.

The Bureau of Labor Statics takes into consideration factors such as age when determining average salary. With education in the mix, workers in management, professional, or related occupations earned the most, especially if they hold bachelor’s or advanced degree. The average salary by age was highest for men age 55 to 64 at $1,133. Men ($527) and women ($500) age 16 to 24, mostly with entry-level jobs, had the lowest median weekly earnings potential.