Nationwide job openings have continued to increase over the country and the employment outlook for August looks promising as July showed a growth of 1.74 percent month-over-month. Nearly every major metro area (23 out of the 25) experienced an increase in job growth between June and July 2014 with a total of 3.7M job openings.

The Simply Hired August Employment Outlook shows clear improvement in the US job market this summer, with a 10.6% surge in job listings in June 2014 and an additional 1.74% increase in July 2014. We’re seeing broad-based growth across metros, industries and occupations, and paying close attention to gain in the retail sector as merchants begin to ramp up seasonal hiring plans.” 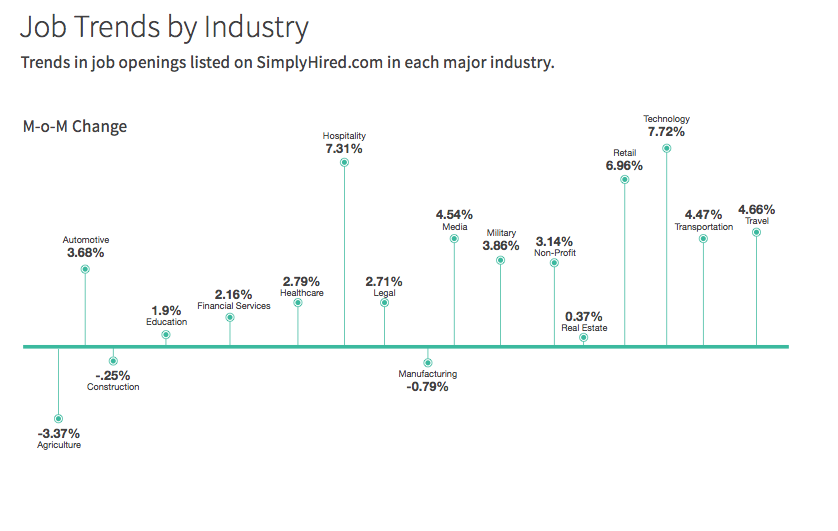 14 out of 18 industries saw a great improvement in job availability with technology (7.72%), hospitality (7.31%), and retail (6.96%) showing the largest gains. The healthcare industry continues to have the greatest inventory of jobs.

Job growth continues to increase throughout the summer which is promising for all job seekers out there. Seattle is the metro highlight on the report,  which is a great place to start your search if you’re willing to relocate. From retail to IT, Seattle has a lot to offer and so do the other large metro areas.

Read the full employment outlook report to regroup and see what’s out there.