Challenges for Women in STEM Jobs

Women employed in science, technology, engineering and math jobs face more hostile work environments than their male colleagues. Most of them, while working in majority-male workplaces, have experienced gender discrimination at work, according to recent study by the Pew Research Center. This study was conducted in the summer of 2017, even before the Hollywood harassment scandal and before the broader national debate was sparked about sexual harassment by men in positions of power. 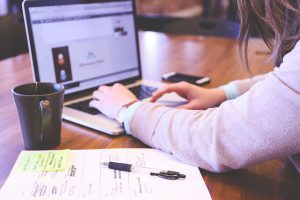 Woman working in STEM jobs are more likely to experience discrimination (50%) as compared to non-STEM jobs (41%) or men in STEM jobs (19%). Besides the overt, such as demeaning comments or questions and unwanted sexual advances, there is also the hidden discrimination. It can come in different forms, such as opportunities for advancement, earning less than someone else doing the same job, being passed over for the most important assignments, being denied promotions, or being treated as if they were not competent.

Women are underrepresented in the tech industry in general. They represent only 29% in science, 25% in mathematical sciences, 22% in environmental science, 15% in engineering, 17% in chemical engineering, or 11% in electrical or computer hardware engineering. On top of that, there is also a pay gap. In the STEM field, women are paid on average only 89% for every dollar a man makes. Woman working as aerospace engineers make 89%, computer and information systems managers 88.4%, computer programmers 90.3%, statisticians 91.9%, or computer network architects 96.5%.

Workplace experience and environment may lead to the decision as to whether to stay or leave a specific company or the whole field. Tech companies in Silicon Valley in particular, are known for having a hostile culture against women, according to this Atlantic magazine article. A Google employee was recently fired after writing a 10-page memo and sending it to all employees, blaming women’s “neuroticism” as a reason why there are lower numbers of women in high stress jobs.”

Women and minorities are still underrepresented in most of the STEM fields, while white men are more likely to pursue STEM majors. For example, women represented only 13% of the engineering and 10% of the computing bachelor’s degree recipient, while making up 28% of the general population. According to the American Association of University Women, women are more likely to leave their occupational fields in engineering and computing than women in other fields. Overall, both in college and work, women are underrepresented in engineering and computing fields because of cultural factors, and institutional structures and practices. But it is not only women that feel they are being discriminated against. Additional problems faced in the technology industry are gender inequality and minority participation.